Caring for Our Community’s Future

Have you noticed the new town signs? We have Dan Northern to thank for designing it, getting Brian Frazee of BCF Heritage to build it and DW Enterprises and Canyon Rock for getting it in the ground. The simple, but elegant redwood and stainless-steel structure was a long time in coming but worth the wait. Dan hopes to get solar lighting installed for an even more dramatic look at night. Appreciation to the County for helping to fund the sign and to the Chamber for supporting Dan’s efforts on our behalf.

Pictured above are (left to right): Gwen Trappe, Wendi Flowers and Dan Northern. Photo from the Sonoma County Gazette, where Lucy Hardcastle’s column, Forestville, The Good Life, can be seen every month.

See our Blog for monthly updates on the issues and people of Forestville.

• Taking on the New Decade!
• The Grateful Season
• Keeping Connected
• Living in a Small Town
• Summer Is Not Over!
• Your inspection Report Coming Soon
• What’s Your Vision for Forestville?
• Construction Began on Forestville’s West County Trailhead
• How Do You Belong?
• Town Hall on Emergency Preparedness
• Resiliency
• Flood Recovery Meeting & News
Use our forms to make comments & ask questions.

The Concept of Plan Approved By Ag + Open Space
If you have driven by or visited the Forestville Downtown Oaks Park recently, you’ve undoubtedly noticed the construction equipment activity that began in the middle of June. Happily, that activity is the result of years-long planning and collaboration among Sonoma County Regional Parks, the Sonoma County Ag + Open Space District, and the Forestville Planning Association.
Read more…

Are you prepared for a fire? 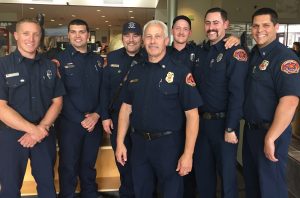 The Forestville Community Fund is now closed for 2019. Stop back in August/September to see which projects were selected.

The West County Trailhead began on June 13 and will be done in two phases – Paved Trail Construction and then Wood Boardwalk Construction. This project includes completing the existing 13-mile West County Trail into downtown Forestville by constructing a 0.2-mile multi-use trail from Highway 116 to the current trail terminus near Pajaro Lane. Read more…

Regular Board meetings are scheduled every month.
Dates: Every 1st Tuesday of the month.
Time: 5:30-7:30PM
Where: Food For Thought, 6550 Railroad Ave., Forestville
(Railroad Ave. parallels Front St. in downtown)