On May 20, 2018 Supervisor Lynda Hopkins, together with the Forestville Planning Association and Forestville Chamber of Commerce, held a town hall meeting in Forestville at the El Molino High School Library to discuss potential infrastructure improvements that could be funded by $4.5 million in quarry mitigation funds.

County Regional Parks and the Department of Transportation presented six potential improvement projects that could be partially funded by those funds.

Attending the meeting were over 100 Forestville residents who were asked to to rank and prioritize the projects. Here are the results from the survey starting at the highest: 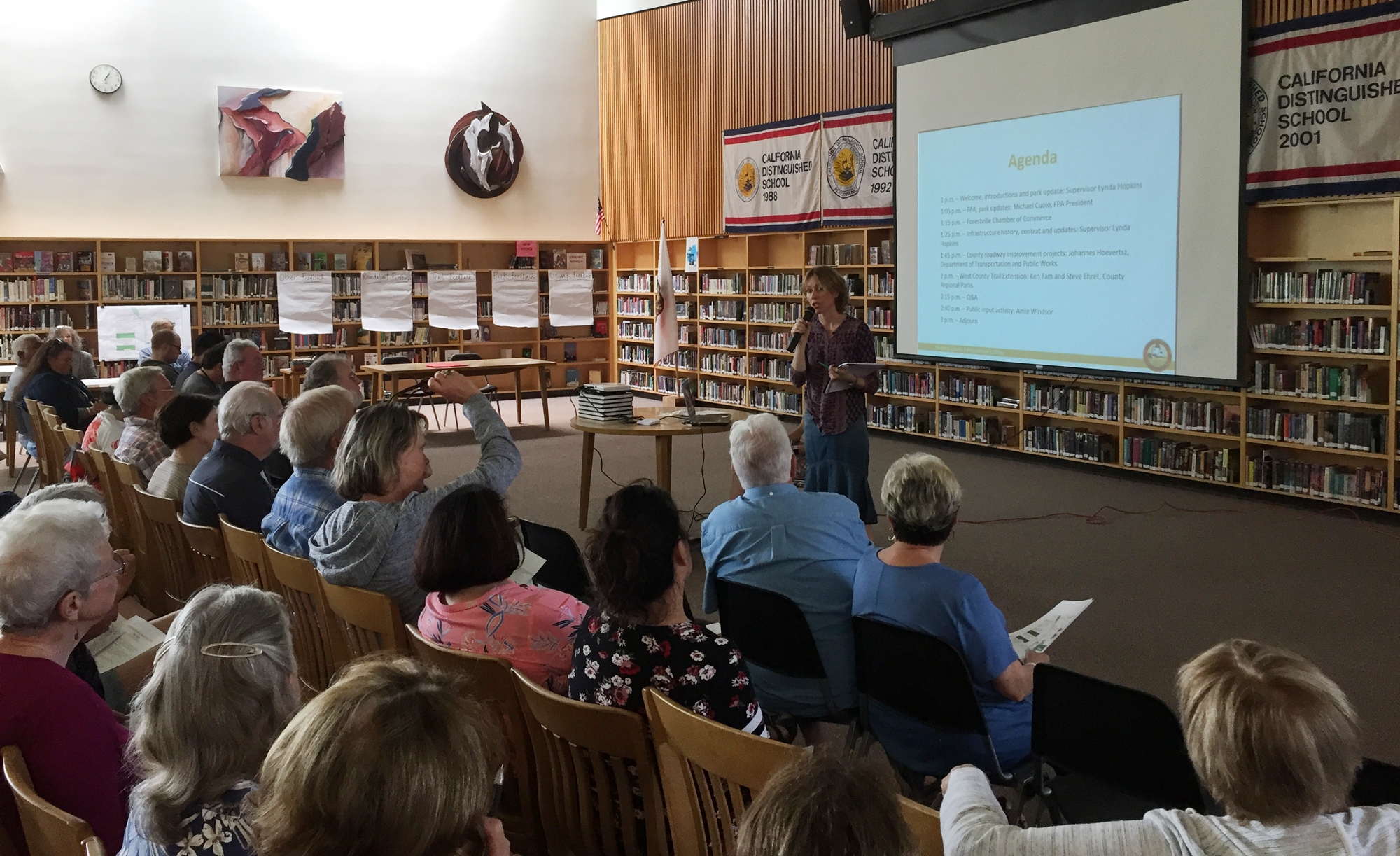 In the coming weeks, Supervisor Hopkins will be working with county counsel, the Regional Parks and the Department of Transportation and Public Works to unlock the funds and allocate them to specific projects as prioritized by the public.

Please check in with Supervisor Hopkin’s Facebook page, monthly columns in the Sonoma County Gazette and Sonoma West Times and News for updates. Those interested in receiving information can also sign up for her newsletter by emailing amie.windsor@sonoma-county.org. 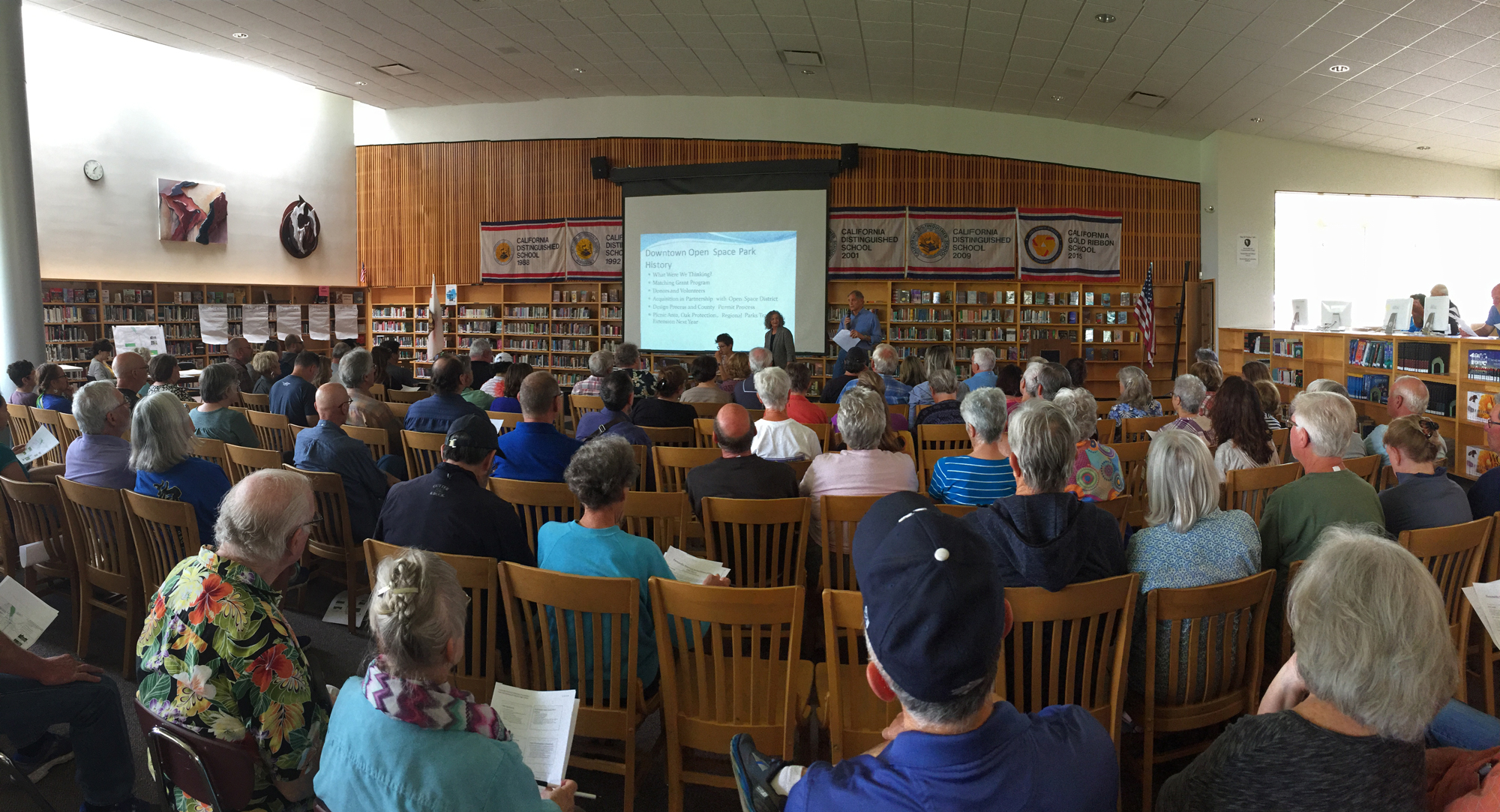 There were many questions about the costs, the placement, the rules around having large public events in the park and when a bathroom is mandated and when or if it should be locked up when no events are taking place. This is an ongoing conversation the community will continue to have.

Gary spoke about the upcoming downtown to Youth Park parade, which the Chamber sponsors. At the point of the meeting, no one had signed up to participate. Gary later reported that there were quite a few entrants which you can read more about in Lucy Hardcastle’s July News & Events blog post. Skip down to “Youth Park Parade Winners”.

People were also asked to make written comments about any concerns they had about the development and/or needs of Forestville. Below are the comments.