The Early Development and People of Forestville

A special thanks to Forestville’s Resident Historian Dave Henry for supplying the historical photos from his collection and for writing the history text for this page.

Later, people from the Midwest (particularly Missouri) came and settled in this rural timbered area to farm. The popular crops were apples, grapes, prunes and hops for beer.

The town was first surveyed on June 10, 1869 and recorded on Dec. 30, 1878 on behalf of Andrew Jackson Forrister. The original spelling was Forestville and comprised 6 blocks bounded on the south by Front Street and on the east by what is now Covery Road. Mr. Forrister was listed as a saloon keeper and entrepreneur. 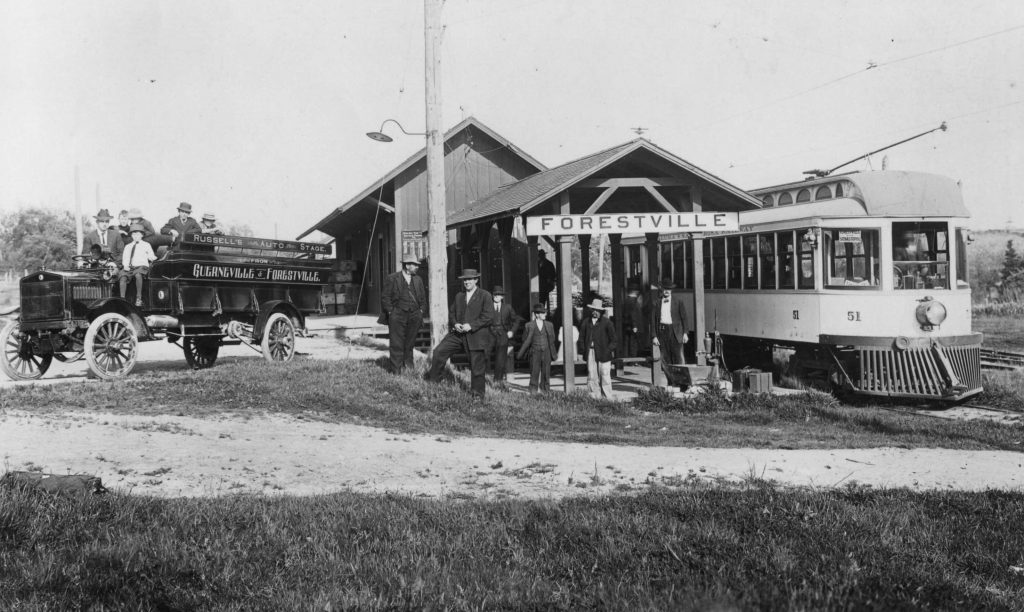 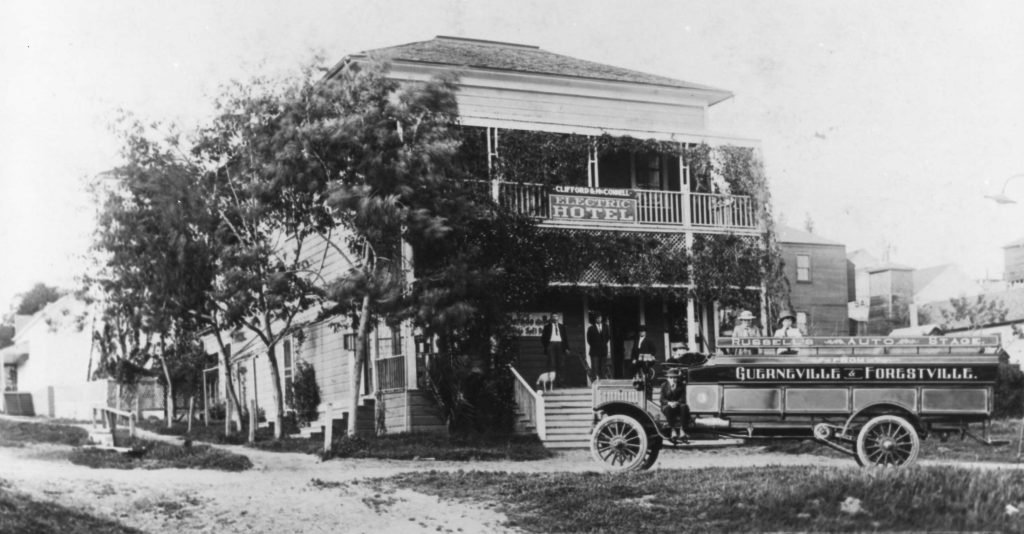 The Electric Hotel, circa 1913, was located across Railroad Avenue from the railway station at corner of First Street. It was moved intact from its original site where Carr’s Drive-In is now. Russel’s Stage, which transported passengers as far as Guerneville, is parked in front.

After the turn of the century vacationers from San Francisco were able to come by train to Forestville and Guerneville. Gradually more stores developed to meet the needs of this new community. 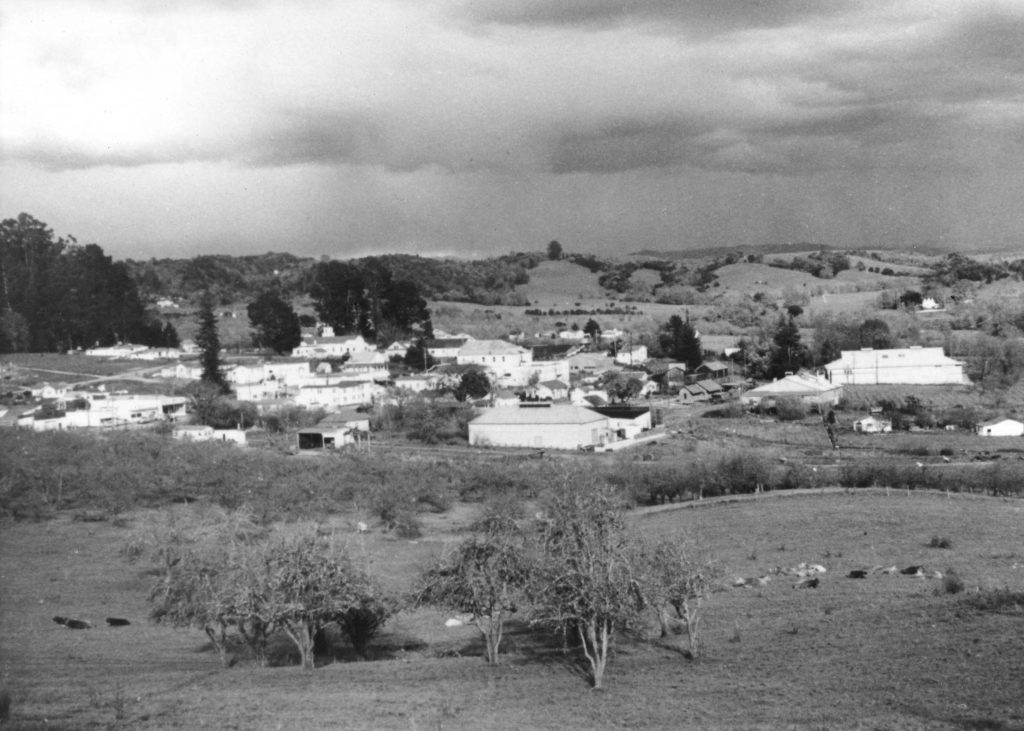 Today Forestville is a wooded rural area with high-achieving schools and a superior fire department that provides fire control and medical response. In 1960 the townspeople headed by Andy Anderson and Bob Aldridge with 15 other citizens bought a piece of land and formed the Forestville Youth Park which is still opertating today, the only park in California of this type with entirely volunteer money and labor (not from taxes).

The motto for the town is Forestville — The Good Life. Forestville citizens love their town! 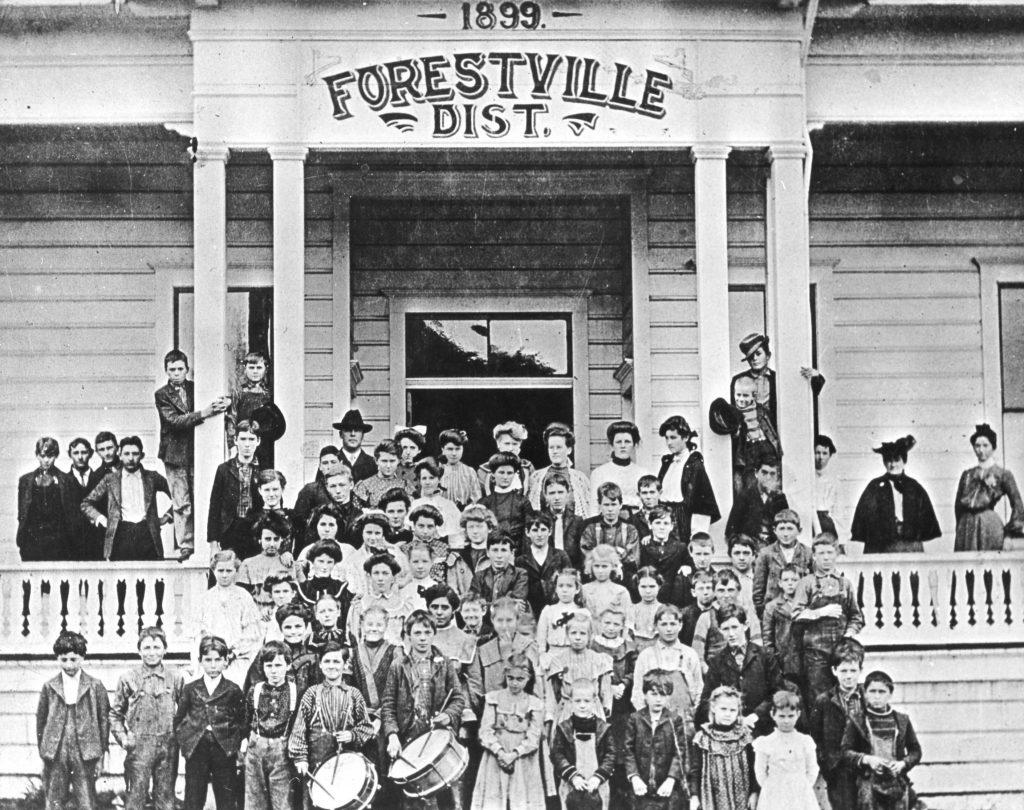 Forestville School, built in 1899 and burned to the ground in 1934. It was rebuilt by residents of the town within one year by the newly formed Forestville Contractors Association, based on the ideals of Roosevelt’s New Deal, circa 1911. 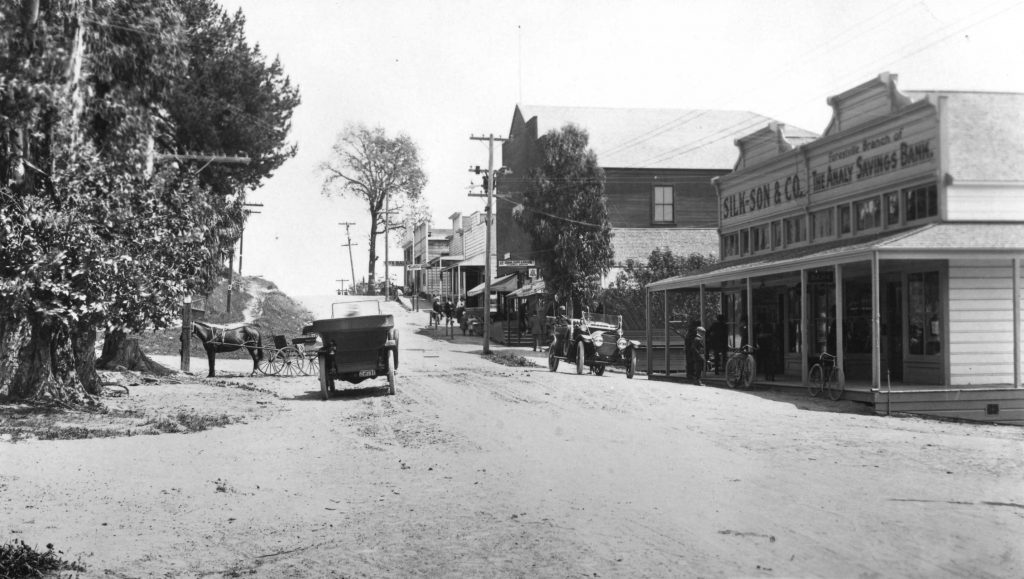 Front Street corner of First Street looking east, circa 1916. On both sides of the street are seen two identical Cadillacs owned by the Ross brothers given to them by their father.

Horstmann’s Electric Supply Shop, circa 1950. This building has been a series of great restaurants, most recently Canneti Roadhouse Italiana. 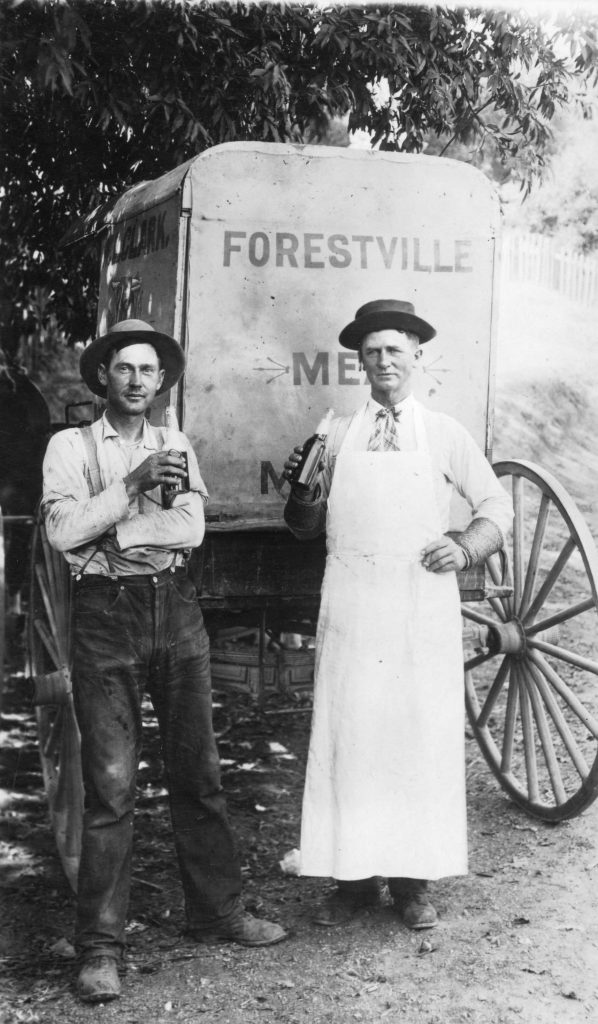 Clark’s Forestville Meat Delivery Wagon, circa 1915. William Clark is on the right. The market was located underneath their house on north side of Front Street between First Street and Covey Road. 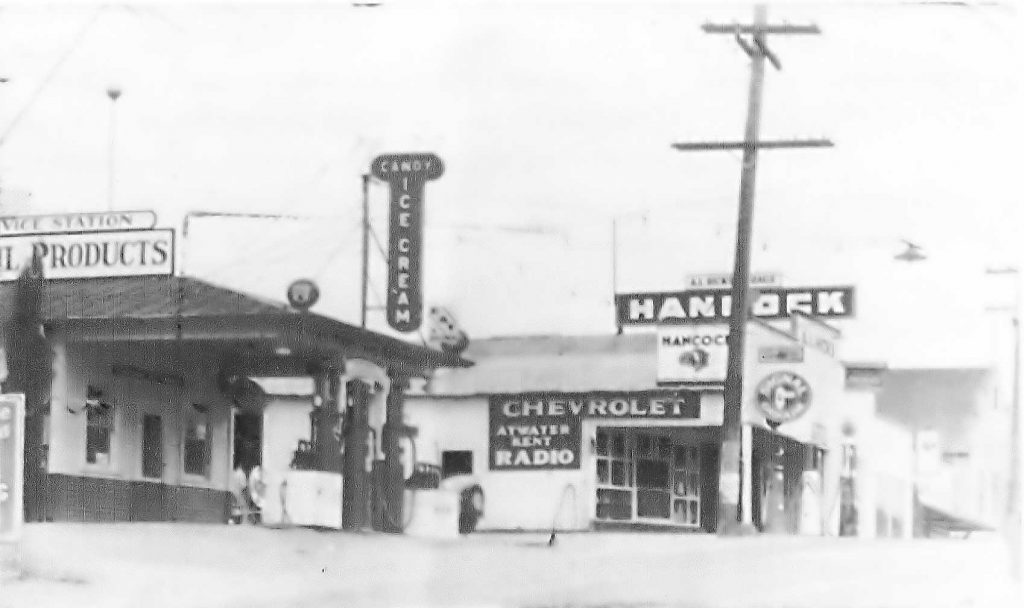 Hick’s Gas Station, looking west, circa 1935. The site and building is now the Forestville Club. 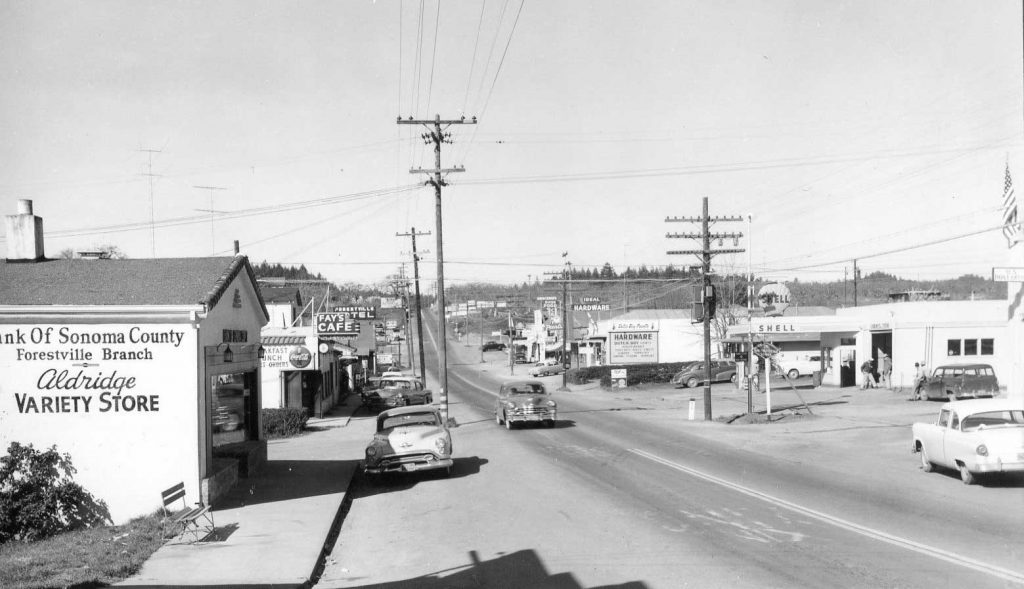